A letter was sent to the Chief Executive of the New Forest National Park Authority: 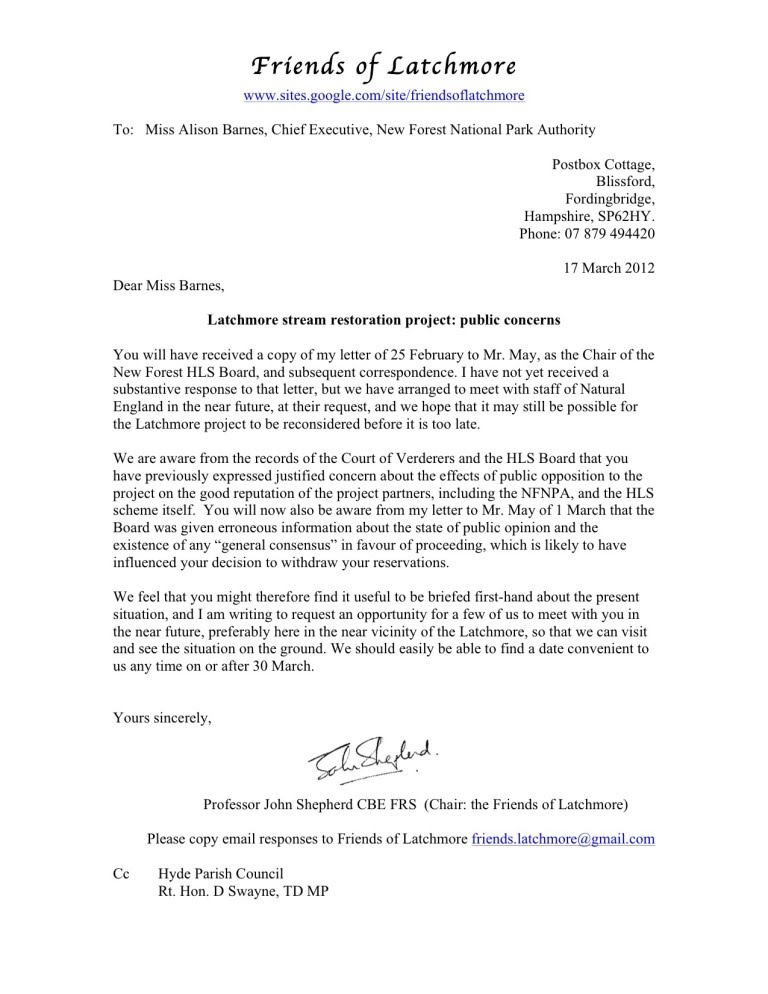