These photos taken in February 2012 show parts of the stream – looking idyllic before “restoration” and the drastic effect which this unnecessary “restoration” is already having: 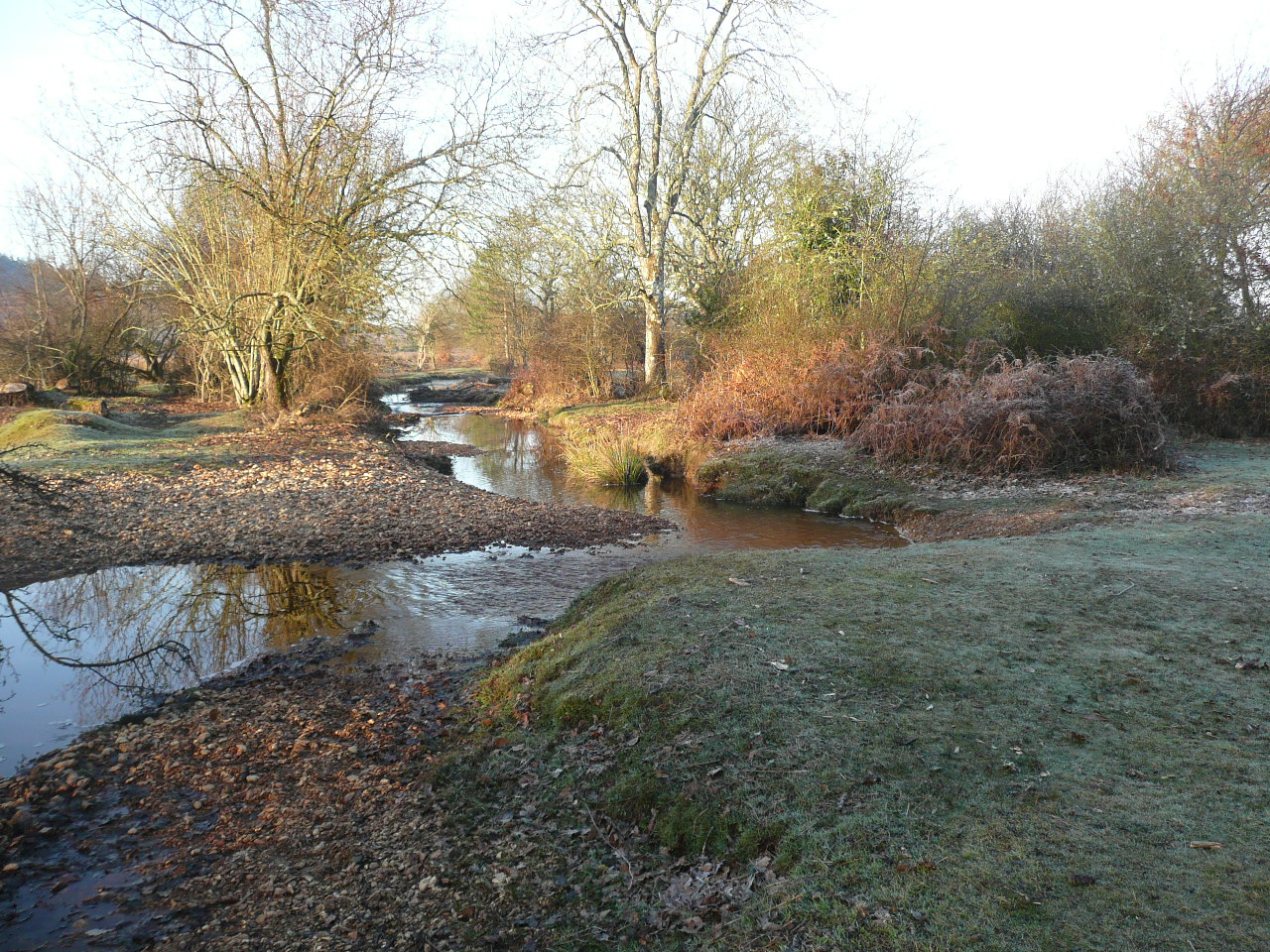 The existing stream, as it leaves Alderhill Enclosure – it looks idyllic as it is. 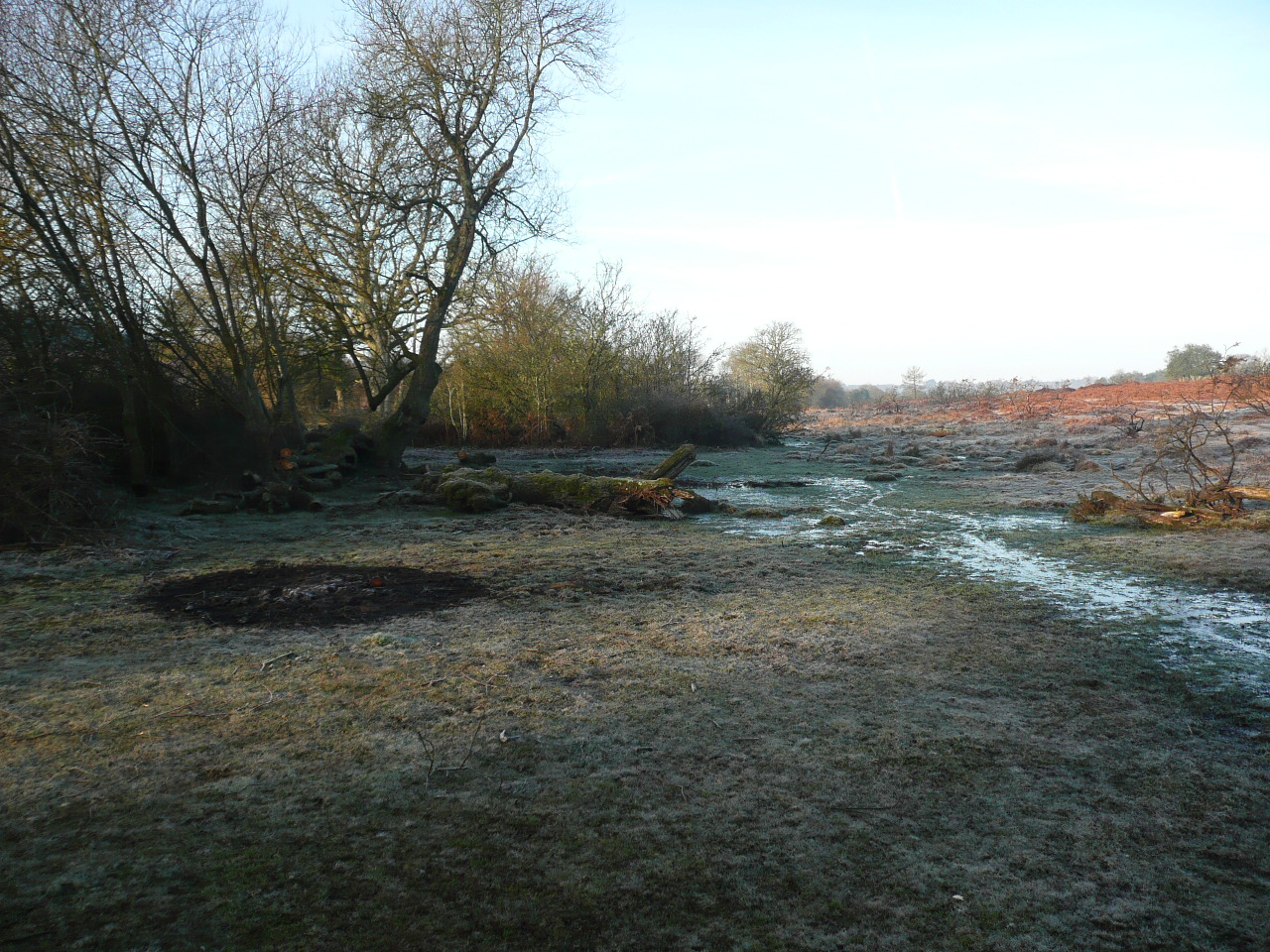 The proposed new route, as it would leave Alderhill Inclosure 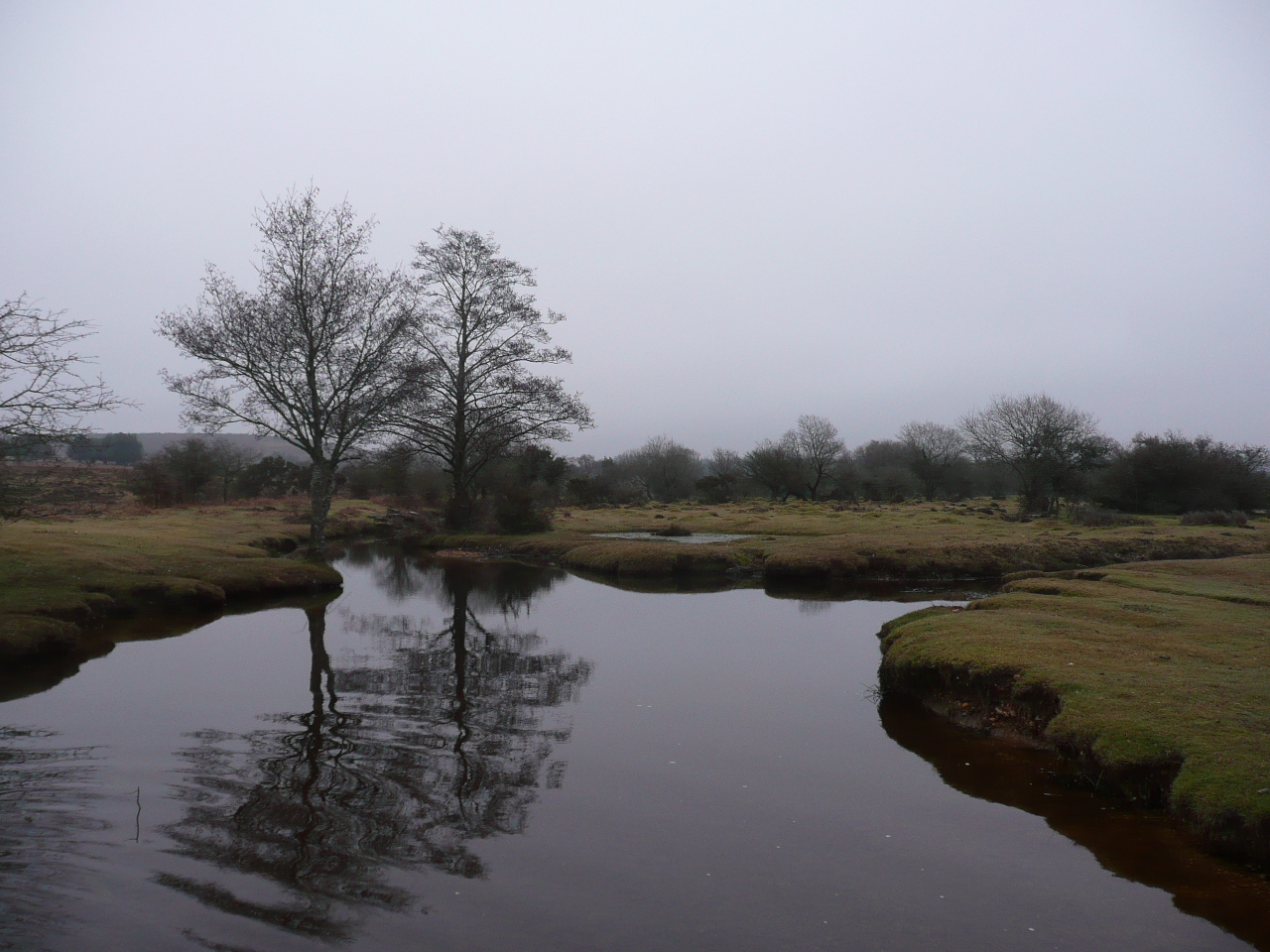 On Latchmore shade – as the two routes seperate. 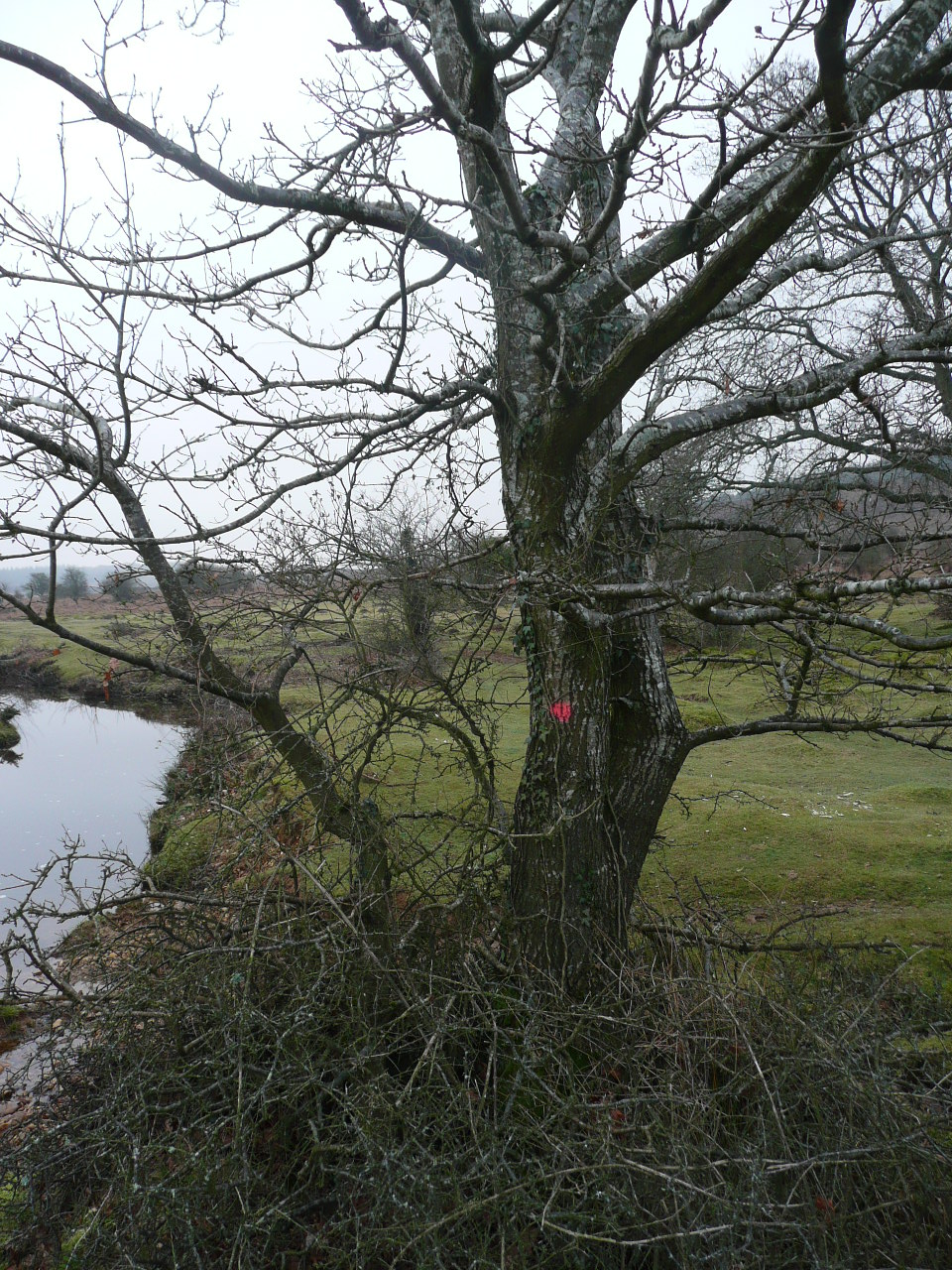 A tree on the existing stream marked for further felling 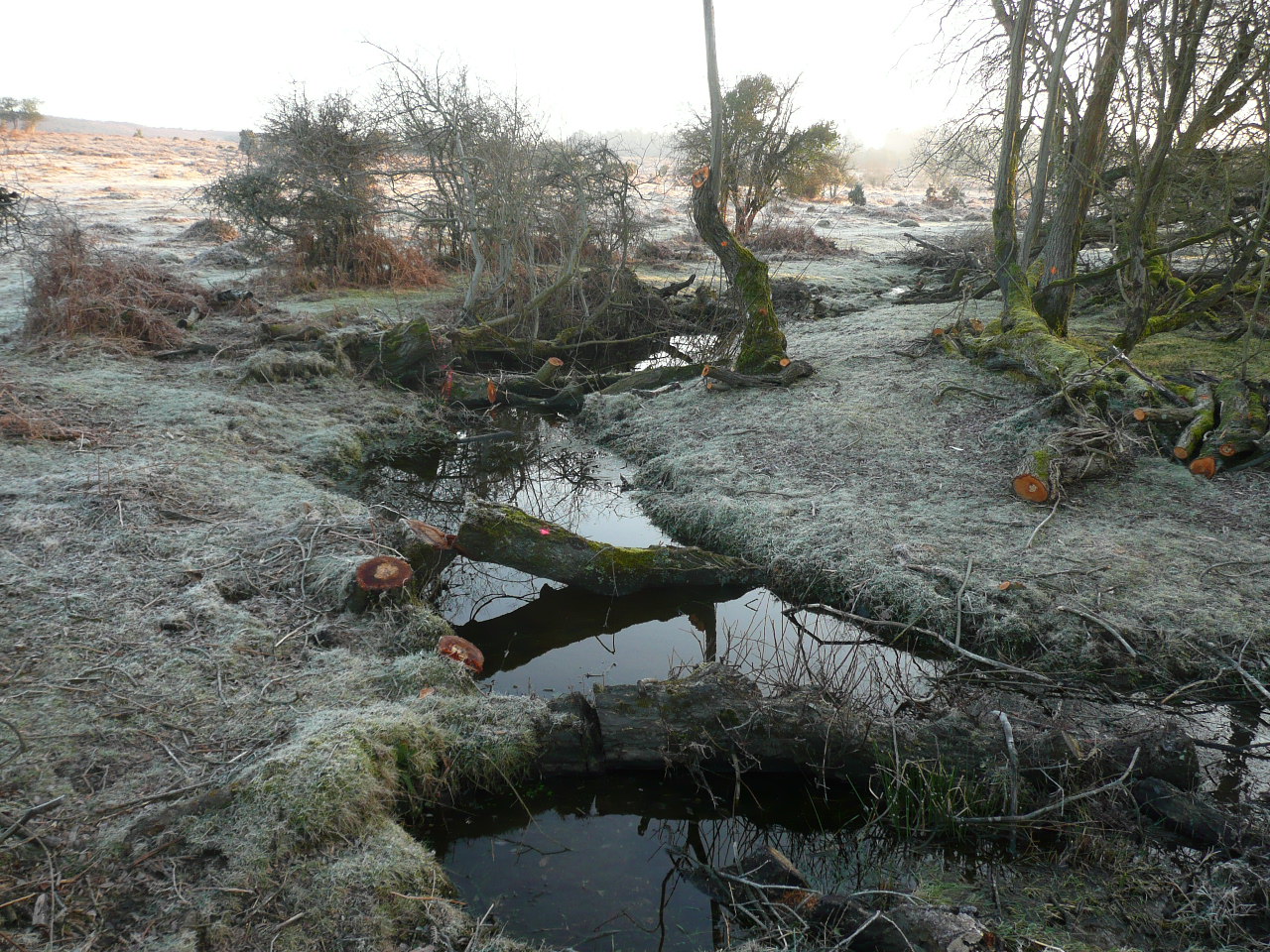 Recent felling where the new route moves north of the stream 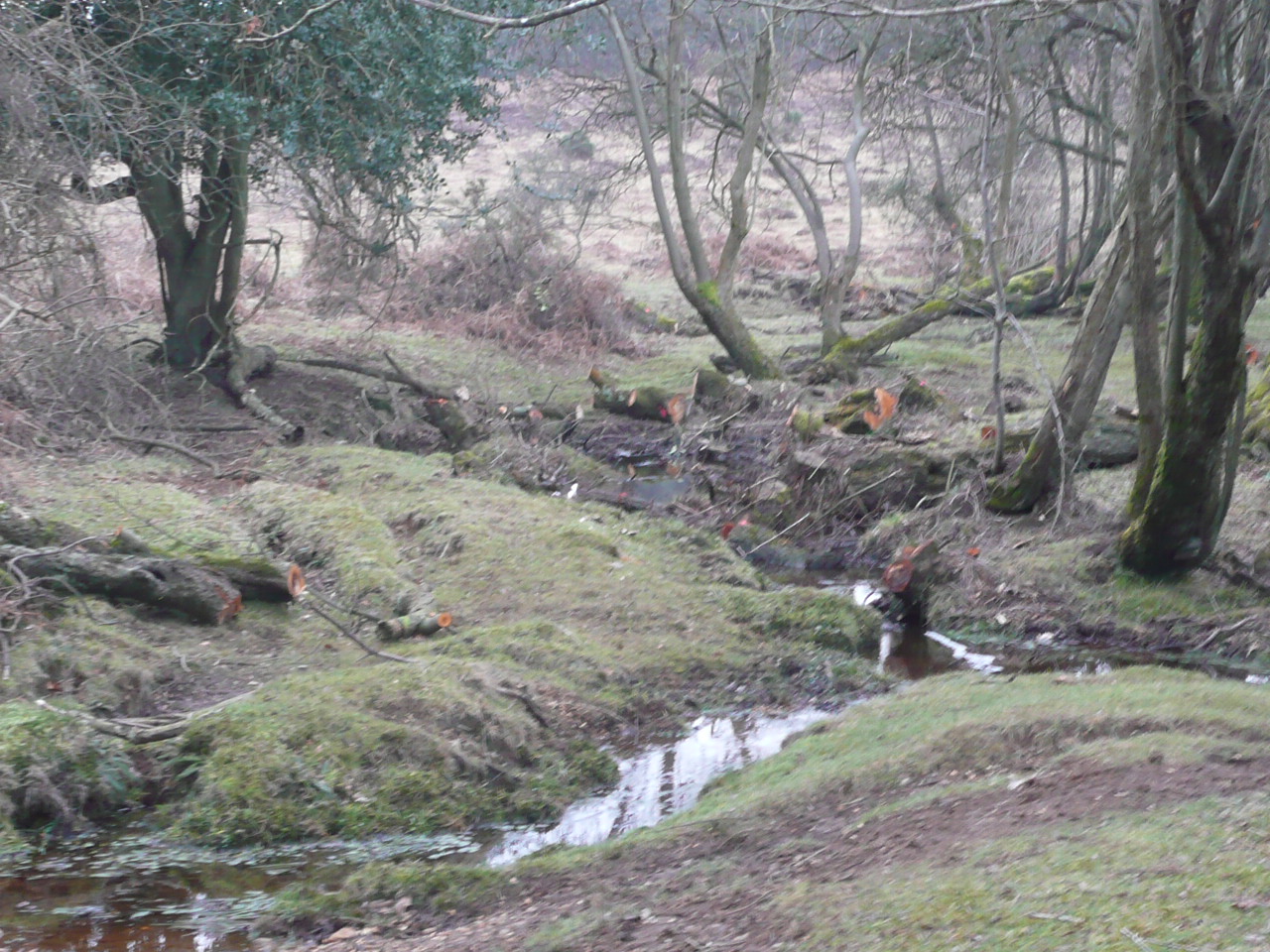 The view from the opposite direction 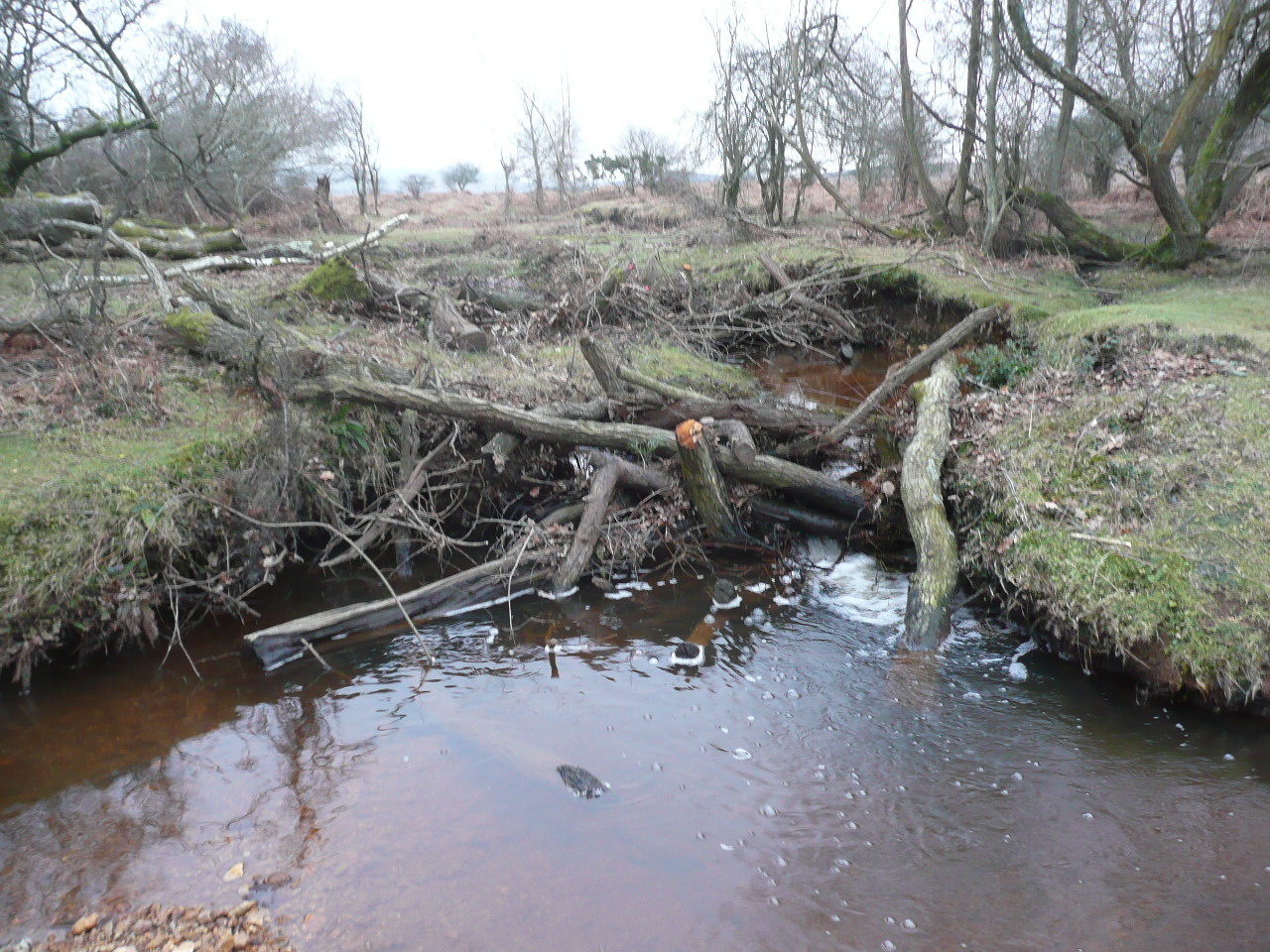